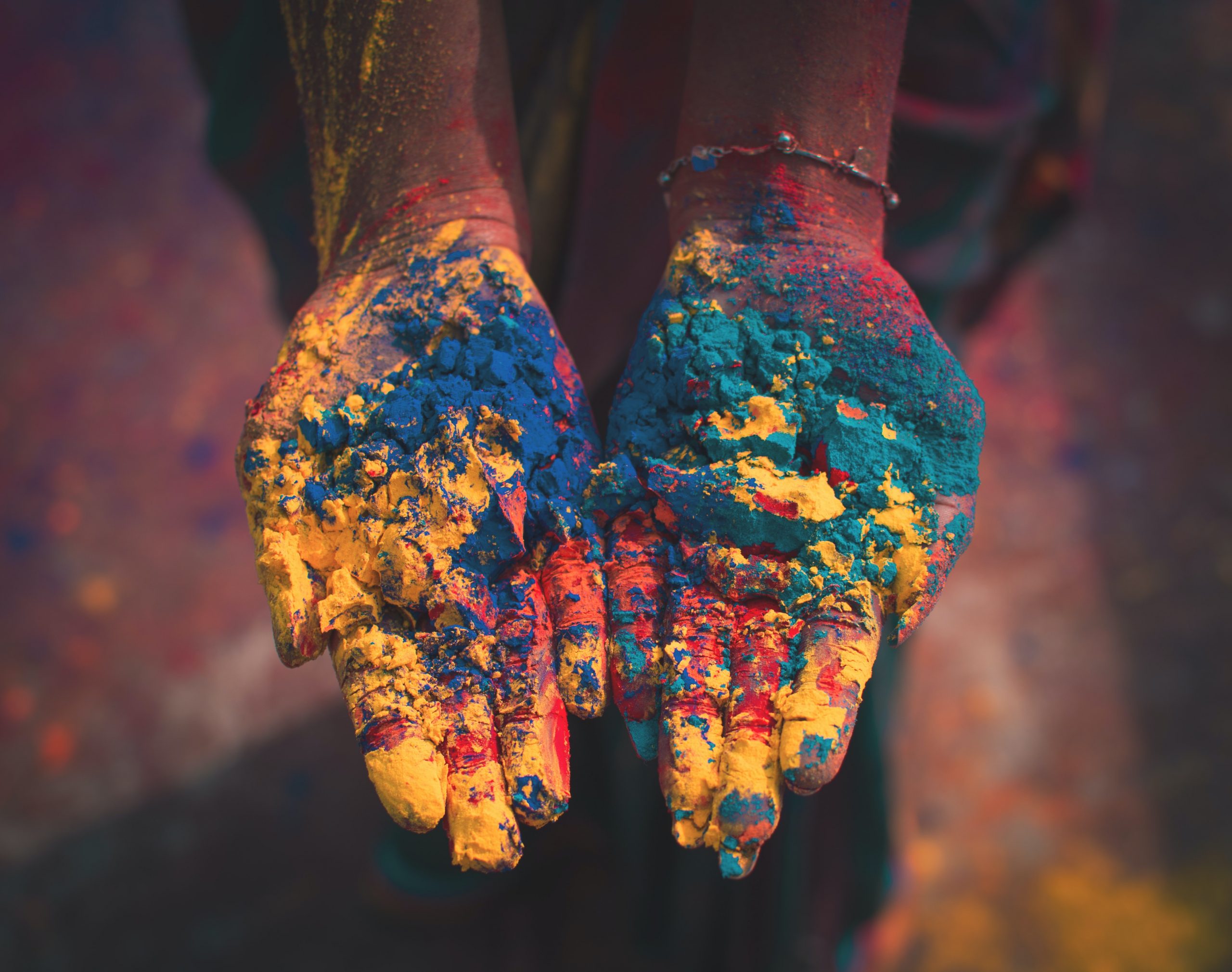 Discover what makes India one of the most unique places on earth!

Indian is a country, unlike any other. In fact, we have a long history of customs and traditions that are uniquely Indian from our many joyful festivals to the way we dress. Keep reading to find out some of the most important in the post below.

The scared nature of the cow

One of the most noticeable customs in India is that we allow our cows to roam free. That means whether you are walking down the street, paying a visit to someone’s house or driving along a road, you may well see a cow or two.

Of course, a large part of the reason why cows can roam free through India is that they hold a sacred status. Something related to their association with the Hindu faith. In fact, according to Hindu scripture, a single cow contains 330 million gods. Which is why beef is not eaten and cows encountered in the wild are treated with the utmost respect.

While vegan food is a relatively new and trendy phenomenon in the west, this is not the case in India. In fact, India is well known for the delicious and flavourful dishes, it produces without the use of any animal products.

Several factors contribute to this tradition, including the religious beliefs of Hinduism where certain traditions require giving up meat for a length of time. Additionally, a diet free of meat is one that is nutritious and good value for money, which is essential in a country as popular as India.

Of course, such a long and well-established tradition of veganism means that India has become a top-rated destination for vegetarian and vegan tourists alike.

The using of hands to eat

While we are on the subject of food, it is an excellent time to discuss another well known Indian tradition, eating with your hands. In fact, eating with the hands, while still done, is not widely popular across the entire country. Instead, it is more common in eastern and more rural areas.

However, if you do come across a situation where eating with the hands, rather than a knife and fork is acceptable, you need to remember a few things. The first is that you must only ever use your right hand, as the left is seen to be unclean. Additionally, be sure to thoroughly wash your hands before you begin. Then use a sweeping motion from the right-hand side to pick up rice and sauce before putting it into your mouth.

India is also well known for its many beautiful festivals. In fact, because of the mix of religions including Hindu, Muslim, Buddhist, Jain and Christian present in Indian culture, it can seem as if there is always a festival happening!

This is no bad thing, either, because such times are filled with celebration often including parades, dancing, singing, and special foods. The most popular and well known Indian festivals include Diwali, Holi, Dussehra and Kumbh Mela.

Teen Patti, Rummy & Andar Bahar and 3 of the most popular card games played in India. Some local municipalities hold street tournaments with locals betting on the outcomes of games. The younger generation have taken to playing these games at online casinos with just as much enthusiasm.

Another unique tradition across India is that of the holy man or Sadhus. A Sadhu is easily recognised by the way they dress, usually with long hair, walking sticks, and clothed minimally. Their life is a nomadic one travelling from place to place appealing to the charity of others for their needs to be met. Although they are treated as living saints by the population and much respected.

The life of a Sadhu is an aesthetic one, that is one that is removed for them typical human pleasures and desires. Instead, they aim to cleanse themselves of all negative karma and further their journey towards Nirvana.

Even those that have never travelled to India tend to be aware of the sari. The traditional dress of females across the nation. However, unlike conventional clothing in most other parts of the word, the sari is still very much worn on an everyday basis in India.

You will often notice that saris are made from colourful or richly adorned fabrics and that they also show the midriff of the women wearing them. In other cultures, this could be seen as immodest. However, in India, tradition and the hot temperatures dictate that such clothing is acceptable by even the most conservative of people.

Dance is a popular entertainment throughout India and can be broadly split into two groups: folk dance and country dance. In particular, folk dances are designed to tell epic stories. They are practised and performed carefully with each movement being vital to the narrative.
Indian dance can be truly captivating. A fact borne out by the popularity of Bollywood movies loved both in India and throughout the world!